The pilot phase of « Best Friends » in Italy 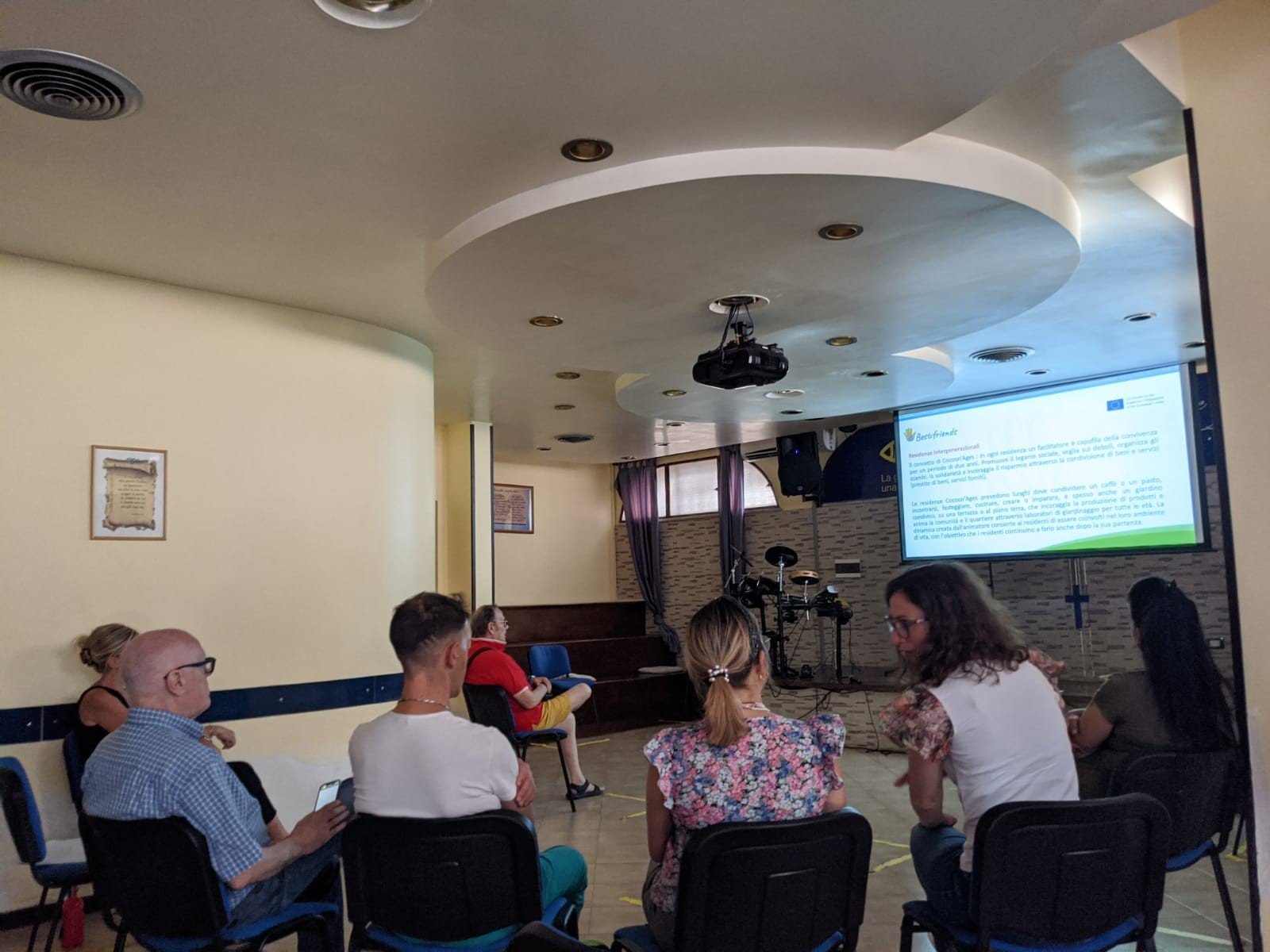 During the last months of implementation, the Best Friends project partnership has been engaged in testing the second and third project results: the training program for health workers, social workers and volunteers who work / will work with the elderly and the Toolkit containing a collection of intergenerational games useful for planning intergenerational learning activities between elderly people (65+) and little children (4-5 years).

Two workshops were organized at the end of June, one for educators who work with children (APS Naturalmente), the other for health workers, social workers and volunteers for the elderly (A.S.A.S Missione Jesus). Both sessions aimed to present the theoretical part of the Training Program for Intergenerational Learning and to familiarize with some tools and techniques used to facilitate meaningful intergenerational relationships in order to improve the social participation of older people but also to stimulate the children to interact with older people. During the meetings, the Toolkit of intergenerational games was also presented which was tested later in September with 10 elderly people followed by social workers and with 10 preschool children followed by their educators. During these meetings, elderly and children experimented together with games that were useful for strengthening manual, mnemonic and above all relational skills.

The pilot phase, based on the impressions of social workers and educators and on the written and oral feedback provided by the participants, certainly had a positive outcome. The sessions took place as planned, without particular difficulties and with the active participation of those present. All the participants felt at ease and were very interested and sensitive to the issue of intergenerational learning. Older people and children said they had a great time, made friends, were happy to have spent time together and learned new games. The result was therefore that of having built significant intergenerational relationships that have increased the contact and social participation of older people and that have stimulated the children to interact with them. At the same time, the professionals of education for children and support for the elderly have become familiar with new methods to promote intergenerational learning. The results of the Italian pilot phase will be integrated in a report together with the results obtained in England, France, Austria, Latvia and Greece and published on the project website.